Scandinavian Cakeshow 2009 is coming up and i should´ve been half-ways done with my cake but i´ve only just started. Problem is, that i have no idea what to make. I already re-designed the whole thing twice and i´m still not happy. The category i´m attending this year is the Swedish Crown Princess´ wedding-cake. No more, no less! So i decided to start and design as i go along. This could be gettin´ interesting! 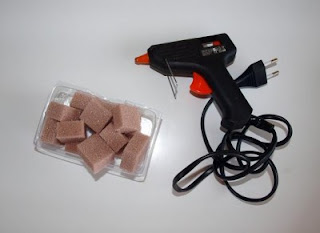 The dummies i bought at Sugarshack did´nt make the trip back to Denmark very well.
I´m sure the airport staff must have played football with my suitcases, because the dummies
are all dented and battered. Guess i´ll be starting from rock bottom.

Posted by Gunilla Wall Sat, August 22, 2009 00:10:09
Hey Piamarianne
Cheer up, I'm sure you can do it! I'm looking forward to seeing your contribution to the competiotion, although I wont be able to see it on site. I'll be looking at the pictures afterwards.
I wish you all the best and Good Luck !
/Gunilla Wall

Posted by Piamarianne Sat, August 22, 2009 13:14:49
Thanks Gunilla, that´s so sweet of you :-) I could use som cheering up - and maybe some crossed fingers! Too bad you and Alice are not coming this time, it was such fun last year. We´ll meet up some other time, i´m sure.

I´m slowly getting there with the design and i do believe it´ll be a fine-looking weddingcake - but i´m still working on the "over the top" bit. 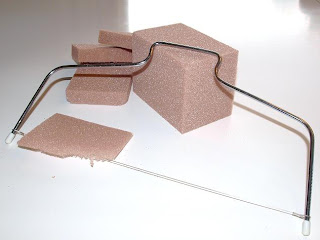 Might as well start off with straghtening out the dummies. I´d like them a
bit taller, so i used Oasis for flower-decoration and cut some blocks.
Using my cake-leveller, i made sure they all were exact the same size. 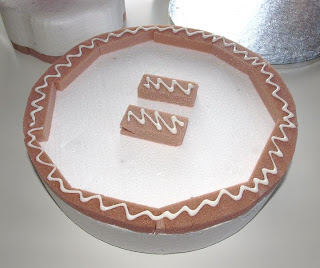 -Glued them under the cakes... 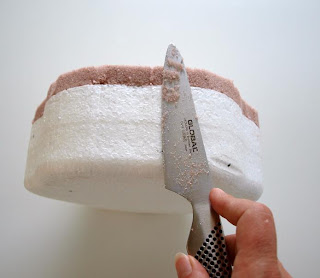 -and fitted them with a sharp knife. 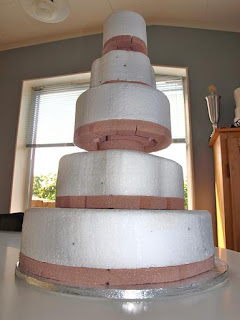 At this point, i still have no clear idea of what to do with this.
-Other than i want the colour purple to be present. And some roses..
Maybe "Queen of Denmark", that would be symbolic. 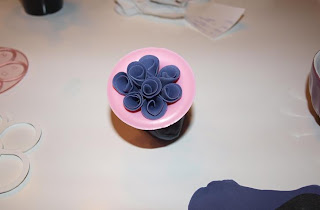 Time is running, better get on to makine 52 of these then. 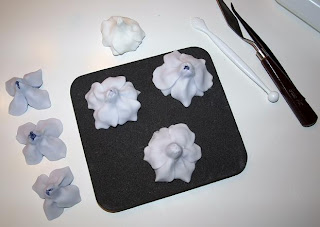 -to fit into these, made out of 195 petals. Frilled, modelled, cupped and glued together. 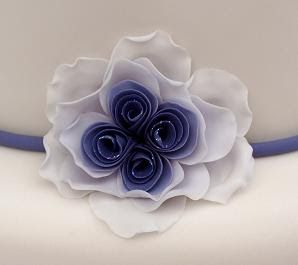 So far so good. I know, the "Kerry-panels" would look great - but it´s kind of "been there - done that in 2007".. Still, i love them - and it really would look great. I made aprox. 90 tiny flowers, which decided to blow to smithereens when i tried to glue them on. In lack of time and great ideas i used little purple hearts. 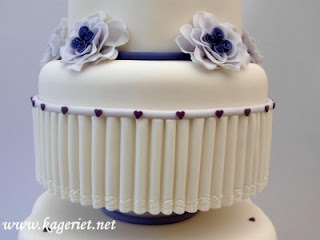 I went with the panels... 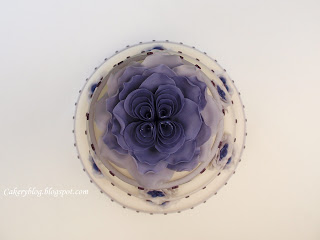 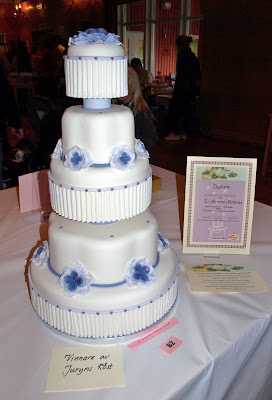 The result of many, many hours of twisting my brains.
-But so much worth it when it wins the jurys votes!
I am very proud to have Geraldine Dahlke, Carol Haycox and Carolyn Harvey
looking at my work and even voting for it!! 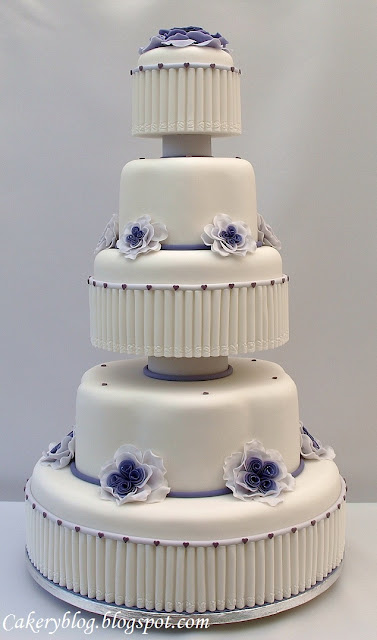 Posted by Alice Lindberg Mon, August 31, 2009 21:30:37
Congratulations Pia Marianne!! Your cake was truly amazing!
I am guessing you had a lovely weekend and i hope i get the chans to meet you next year!
/Alice 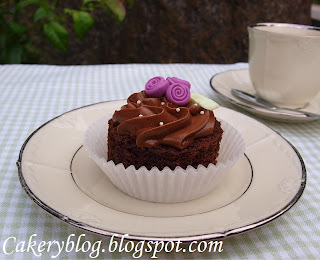 The very first time i´ve ever used granny´s china. It´s so fragile and it would kill me if i smashed any of it.
I´m not at all sure she would have liked me serving instant coffee in it though..


The cake is Chocolate Mud cake with Toblerone instead of dark chocolate. The frosting is the all-time favourite Islandic Chococreme. Ribbon-roses are made of chocolate sugarpaste and the sprinkles are coloured green like the leafs. (Green edible dust in a bag, add sprinkles and shake-shake-shake. A great tip i got from Louise over at Cakejournal).

PiaMarianne
Denmark
This blog is about my hobby, cakedecoration. I don´t sell cakes, but am content with spoiling my surroundings with delicious little pieces of art now and then. If you use any of my designs online, please link back.